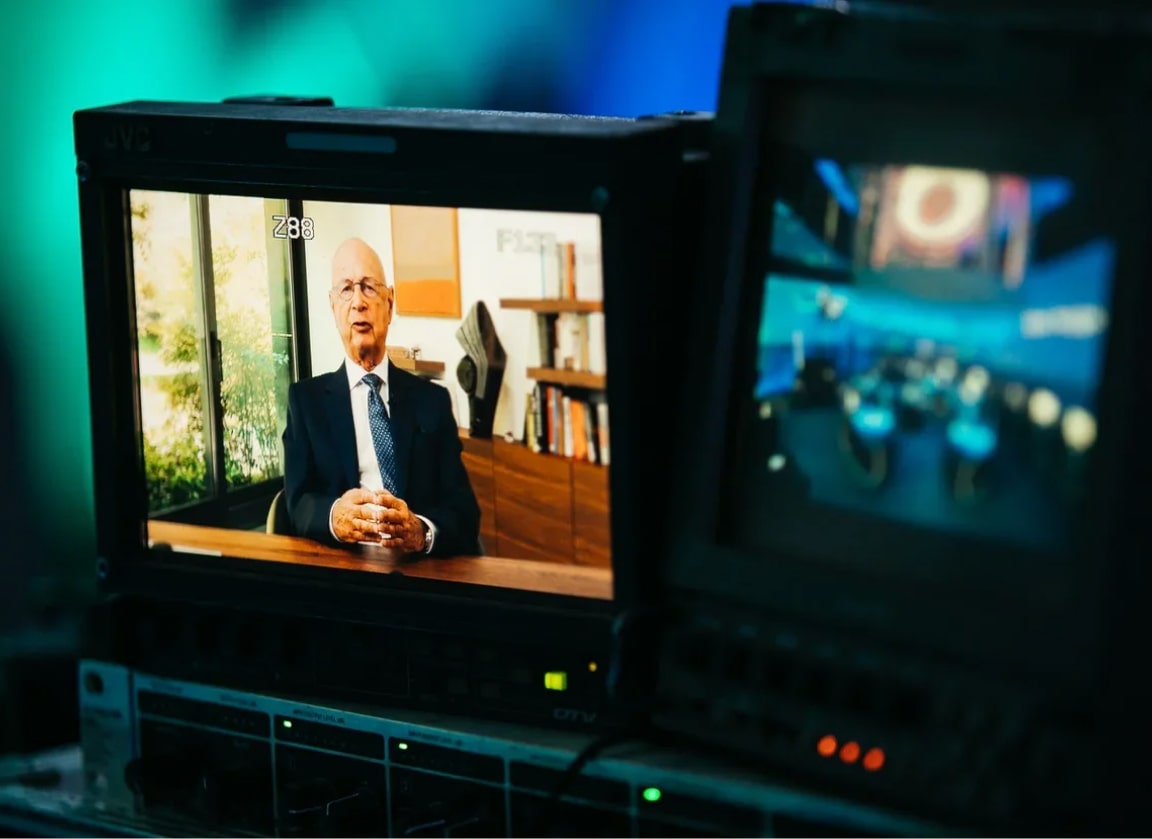 The main theme of the event was the secure development of digital ecosystems. The training consisted of two parallel tracks: an online live stream that attracted over 7 million viewers from 78 countries and a technical track for cybersecurity specialists, which gathered 200 organisations from 48 states.

Cyber Polygon kicked off with welcoming remarks from Herman Gref, CEO, Chairman of the Executive Board, Sber, followed by special addresses to the 7-million audience from Mikhail Mishustin, Prime Minister of the Russian Federation and Klaus Martin Schwab, Founder and Executive Chairman, World Economic Forum. Professor Schwab noted the increased level of cyberthreats and acknowledged the key role that technological development plays in combating new challenges.

The first session of the event was a dialogue ’Ecosystems as a new way of global integration’ which featured Herman Gref and Apple Computer co-founder Steve Wozniak. The speakers talked about the evolution of Apple Inc., the obstacles and risks that ecosystems face today, and the role that technology and education play in the development of a digital world.

The second discussion, titled ’Digital state of tomorrow — what will it be?’, featured an Independent Global Affairs and Economics Broadcaster and Bloomberg TV and CNN alumnus Ryan Chilcote, Chief Security Advisor at Microsoft Roger Halbheer and Vice President for Information Security at Rostelecom Igor Lyapunov. The panelists described how technological progress is changing the face of nations, the role of business in this process, and what measures are being taken to protect citizens around the world.

The next session on the agenda was ’New world — new currency. How to make the financial system resilient as digital currencies proliferate?’. Matthew Blake, Head of Financial and Monetary System Initiatives, World Economic Forum, Mark Barnett, President, Mastercard Europe, Matthew Dill, Global Head of Strategic Partnerships and Ventures, Senior Vice President, Visa, and Alexey Zabotkin, Deputy Governor, Bank of Russia, discussed the prospects and the risks of digital currencies, the existing projects in this area, as well as the impact of new payment systems on the financial stability.

During the direct contact with the ISS, Stanislav Kuznetsov, Deputy Chairman of the Executive Board, Sber spoke with Oleg Novitsky, Hero of the Russian Federation, ROSCOSMOS Test Cosmonaut and Pyotr Dubrov, who is also Test Cosmonaut of ROSCOSMOS. The cosmonauts talked about how technology helps them to carry out their tasks on the station, how international cooperation in the space industry is developing, and they also pointed out that even cosmonauts are subject to scams and attacks from the Internet.

The session after that was titled ’Combatting ransomware — developing an international response’. Craig Jones, Cybercrime Director, INTERPOL, Michael Daniel, President and CEO, Cyber Threat Alliance and Teresa Walsh, Global Head of Intelligence, FS-ISAC joined in the discussion. The speakers talked about why cybercriminal attacks have multiplied over the past year, what measures are already being taken at public and private levels to combat the dangerous threat, and what still needs to be done to strengthen international cooperation against cybercriminals.

They were followed by a special address by INTERPOL Secretary General Jürgen Stock, who spoke about the role of international police in the fight against global cybercrime.

The event also included a discussion between Jovan Kurbalija, Founding Director, DiploFoundation, Andrey Vorobyov, Director, Coordination Center for TLD .RU/.РФ, and Mandy Carver, SVP, Government and Intergovernmental Organization Engagement, ICANN. The speakers discussed how to protect users in the global digital space and at the same time take into account the interests of all parties i.e. states, business and people.

The final keynote of the programme was a dialogue between Stanislav Kuznetsov and UNICEF Executive Director Henrietta H. Fore on the problem of cyberbullying and the protection of children from the threats of the digital world.

Stanislav Kuznetsov summarised the results of the training.

‘For the third year in a row Cyber Polygon gathered the leaders of governmental and international organisations, cybersecurity experts and technical specialists from across the globe. We talked about perspectives and risks of technological development, discussed the security issues of digital currencies, envisioned the digital future of many countries. We also covered the topic of protection of children in cyberspace. Over 7 million viewers from 78 countries tuned into our live stream. We’ve done a great job and I would like to thank every participant for their contribution to reaching our common goal of a secure digital future ‘, he remarked.