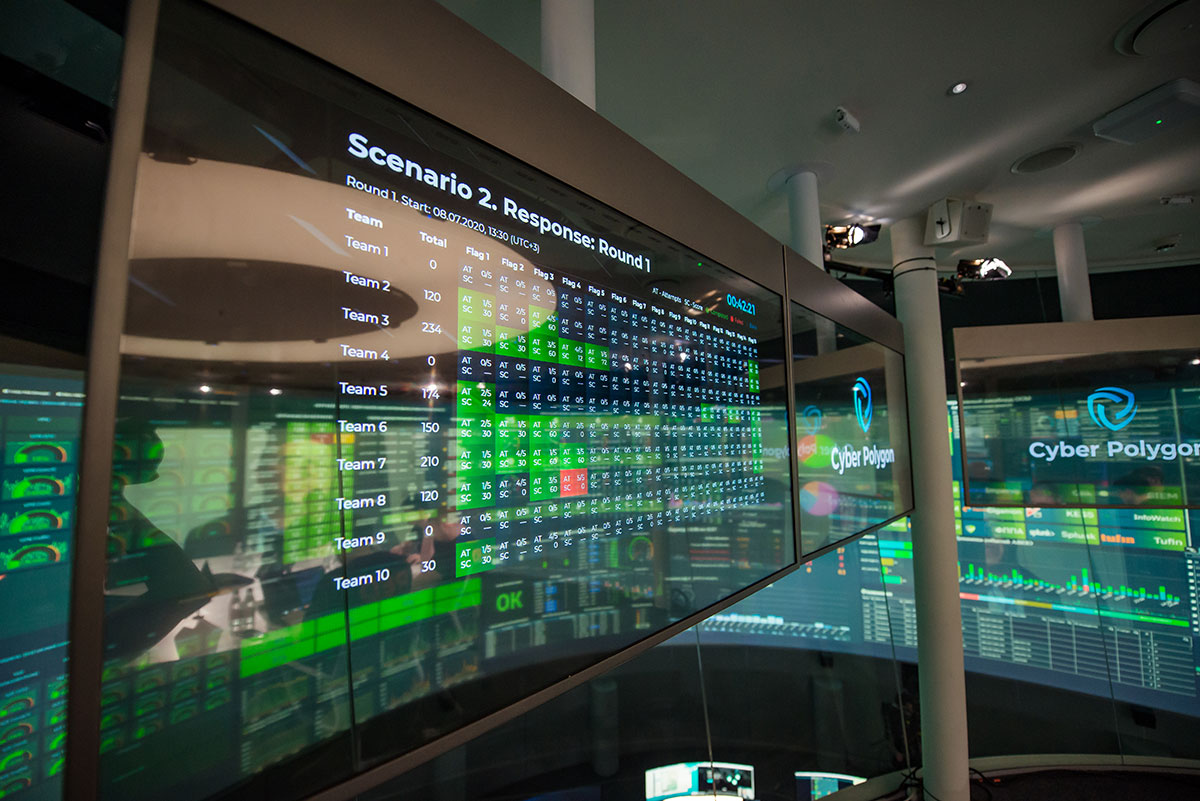 Cyber Polygon 2020, the international online cybersecurity exercise came to an end. The event is the official project of the World Economic Forum Centre for Cybersecurity, Sberbank Group and BI.ZONE.

The central theme of Cyber Polygon 2020 was the prevention of a digital pandemic, which might occur given the accelerated global digitalisation. The exercise featured two parallel tracks: live stream for a mass audience and technical training for cybersecurity specialists.

120 of the largest Russian and international organisations from 29 countries joined the technical training to practise response to a targeted attack, aimed at hacking company data and undermining its reputation. The attackers’ actions were simulated by the BI.ZONE team.

The opening statement was made by Klaus Schwab, Founder and Executive Chairman, World Economic Forum. He acknowledged that following the rise in cybercrime, fueled by the pandemic, governments and the cybersecurity community are now faced with a challenge of ensuring Internet security. The professor emphasised that for the first time since World War II, humanity is witnessing a turning point in its history — technology is developing at a record pace with cybersecurity coming to the forefront of the discussion.

The first part of talks and interviews — ‘An uncertain future: what cyber risks will the accelerated global digitalisation bring?’ — started with a dialogue between Herman Gref, CEO, Chairman of the Executive Board, Sberbank, and the Rt. Hon. Tony Blair, Prime Minister, Great Britain and Northern Ireland (1997-2007). The speakers discussed what risks are posed by digitalisation and how the pandemic crisis is transforming our attitude to this process.

The dialogue was followed by interviews with Jeremy Jurgens, Chief Business Officer and Member of the Managing Board, World Economic Forum, Sebastian Tolstoy, Head of Eastern Europe & Central Asia and General Director Ericsson Russia, Ericsson, and Alexey Kornya, President, CEO, Chairman of the Management Board, MTS.

During the second part — ‘The power of information’ — Vladimir Pozner, a renowned author with 50 years’ experience in TV journalism, and Nik Gowing, BBC’s news presenter for 18 years and founder of Thinking the Unthinkable, talked about the impact of fake news on the well-being of businesses and even entire states, and shared their vision on the evolution of fake news and what steps can be taken to counter it.

The third part — ‘Are we prepared to counter a new wave of cybercrime?’ — began with a conversation between Troels Oerting, Chairman of the Advisory Board, the World Economic Forum Centre for Cybersecurity, and Jürgen Stock, Secretary General, INTERPOL, who discussed how 2020 had transformed the cybercrime situation and the threat landscape.

The conversation was followed by a series of interviews with Craig Jones, Cybercrime Director, INTERPOL, Petr Gorodov, Head of the General Directorate for International Relations and Legal Assistance of the Prosecutor General’s Office of the Russian Federation, and John Crain, Chief Security, Stability & Resiliency Officer, ICANN.

The Cyber Polygon results were summarised in closing remarks by Stanislav Kuznetsov, Deputy Chairman of the Executive Board, Sberbank.

‘Cyber Polygon 2020 has become the first of its kind international online exercise in the history of the digital world. We take great pride that today’s live stream has gathered over 5 million spectators from 57 countries. The year 2020 has demonstrated that a crisis may hit unexpectedly and cause permanent damage to all those who are underprepared. We are grateful to the World Economic Forum, INTERPOL, all participants and partners for being with us. Today, we have made a big step forward to the creation of a safe digital world’, concluded Mr Kuznetsov.

Watch the full recording on the Cyber Polygon 2020.